A while ago, I’ve stumbled on a string called UIPopoverControllerPaintsTargetRect in some UIKit disassembly - definitely worth investigating! Now that I finally own IDA, I did some research. Turns out there’s a hidden preferences file under /Library/Preferences/com.apple.UIKit that UIKit queries for these settings.

I’ve used Aspects to swizzle NSUserDefaults and enable this key when queried. This actually works, but only under iOS 7, since iOS 8 uses the newer UIPopoverPresentationController and that one doesn’t fully support target rect drawing (or it’s compiled out in our release version of UIKit.) 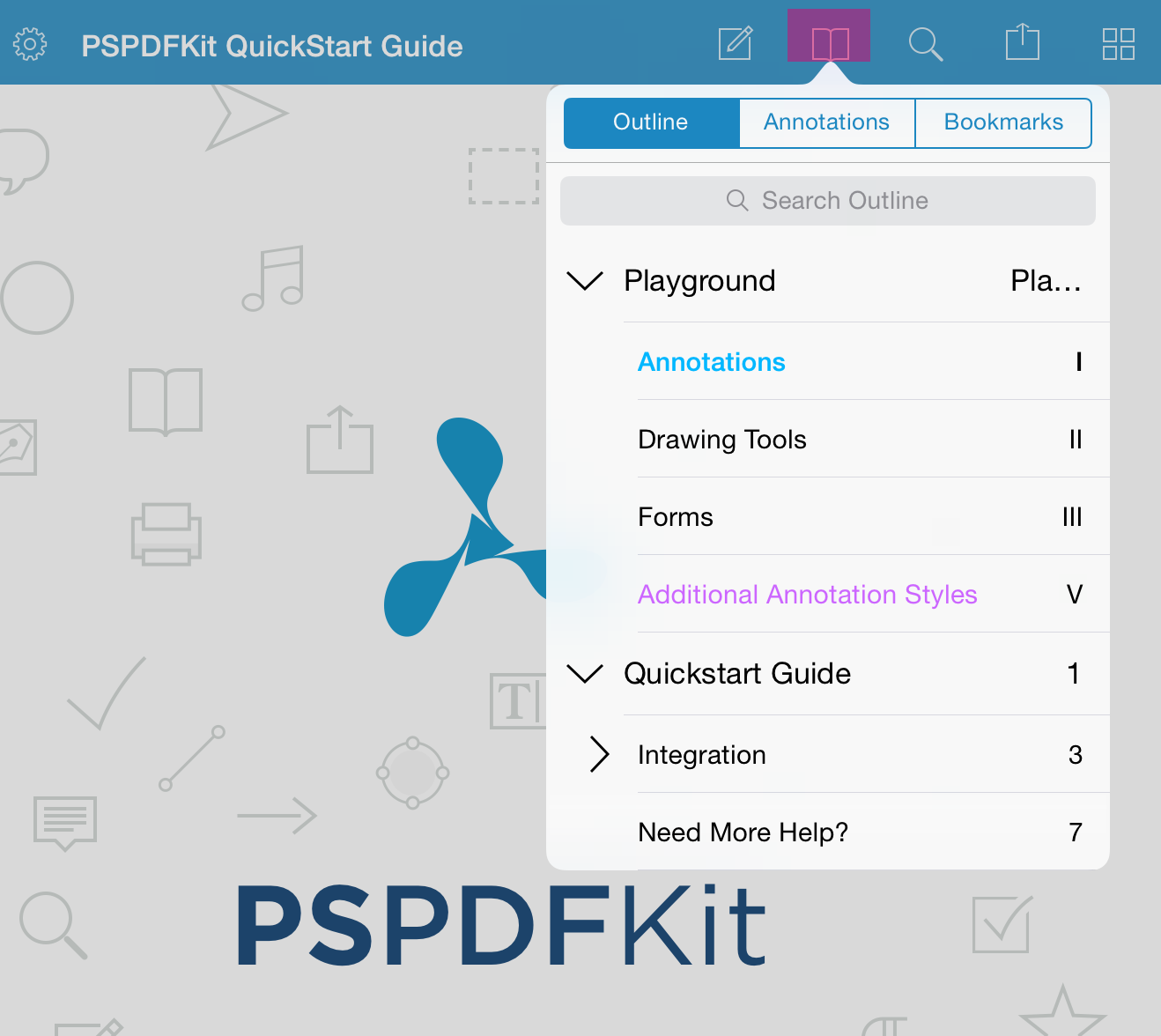 (Screenshot from PSPDFKit - the Leading iOS PDF Framework. Note the purple overlay on the bookmark icon.)

Digging deeper, I found a bunch of very interesting and useful flags for debugging, which print extensive logging for touches, gestures, animations and more. I’ve listed the most interesting flags in the gist at the end of this article.

The process was easy for UIPopoverControllerPaintsTargetRect but quite a bit harder for most other flags, as these are protected by a check to CPIsInternalDevice() which lives in the private AppSupport.framework. All it does is query libMobileGestalt for a few settings; checking if "InternalBuild" is true or if alternatively "Oji6HRoPi7rH7HPdWVakuw" is set to YES.

I’ve tried to use dlsym to get MGSetAnswer() and set the values manually, however this doesn’t work - it seems that only a few values are modifiable here. So instead, I’ve used Facebook’s fishhook to redirect all calls from MGGetBoolAnswer and manually return YES if it’s queried for “InternalBuild”. Granted, we could also hook CPIsInternalDevice instead; both will work.

Want to try for yourself? Check out my UIKitDebugging repository and add all files to your repository. Remember, that’s just for debugging and to satisfy your curiosity, don’t ship any of that.

There are a few other interesting flags like the infamous UISimulatedApplicationResizeGestureEnabled, I’ve only listed the most interesting ones in the gist…